A campaign we can all get behind

When we think of the renewables’ revolution in the 21st century, the first things that come to mind are solar, wind and hydro energy. But there is another type of renewable that has been in use for far longer and is just as important in fighting climate change; wood.

In Australia 25% of our emissions come from the construction industry. Whilst there has been much investment globally into solving our electricity emissions problem, there has been far less thought given to the emissions from the creation of materials such as concrete and steel. Luckily a major part of the answer has been under our noses, or more accurately in our forests all along.

Plantation forests are not only renewable like solar and wind, they suck up Carbon Dioxide from the atmosphere while they are growing. Truly making wood The Ultimate Renewable. 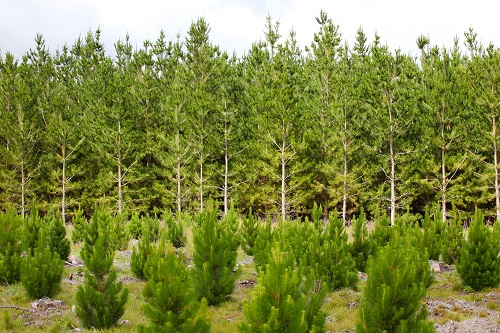 This is not often thought about, so a mass media campaign has been launched by Forest & Wood Products Australia (FWPA) to promote the benefits of wood and timber products and Timberlink is proud to be supporting this campaign.

“The Ultimate Renewable” is such a simple message, but it is powerful, concise and memorable. The campaign is aimed at increasing the public awareness of the sustainable, renewable and carbon positive nature of timber.

You may have seen the ads on TV in July and they are currently being supported by an extensive ongoing outdoor media and online media campaign.

The campaign messaging itself has been derived from extensive research that indicated a general lack of understanding about the origin of timber products and forestry practises. Many people weren’t even aware that trees used for creating timber products were replanted. 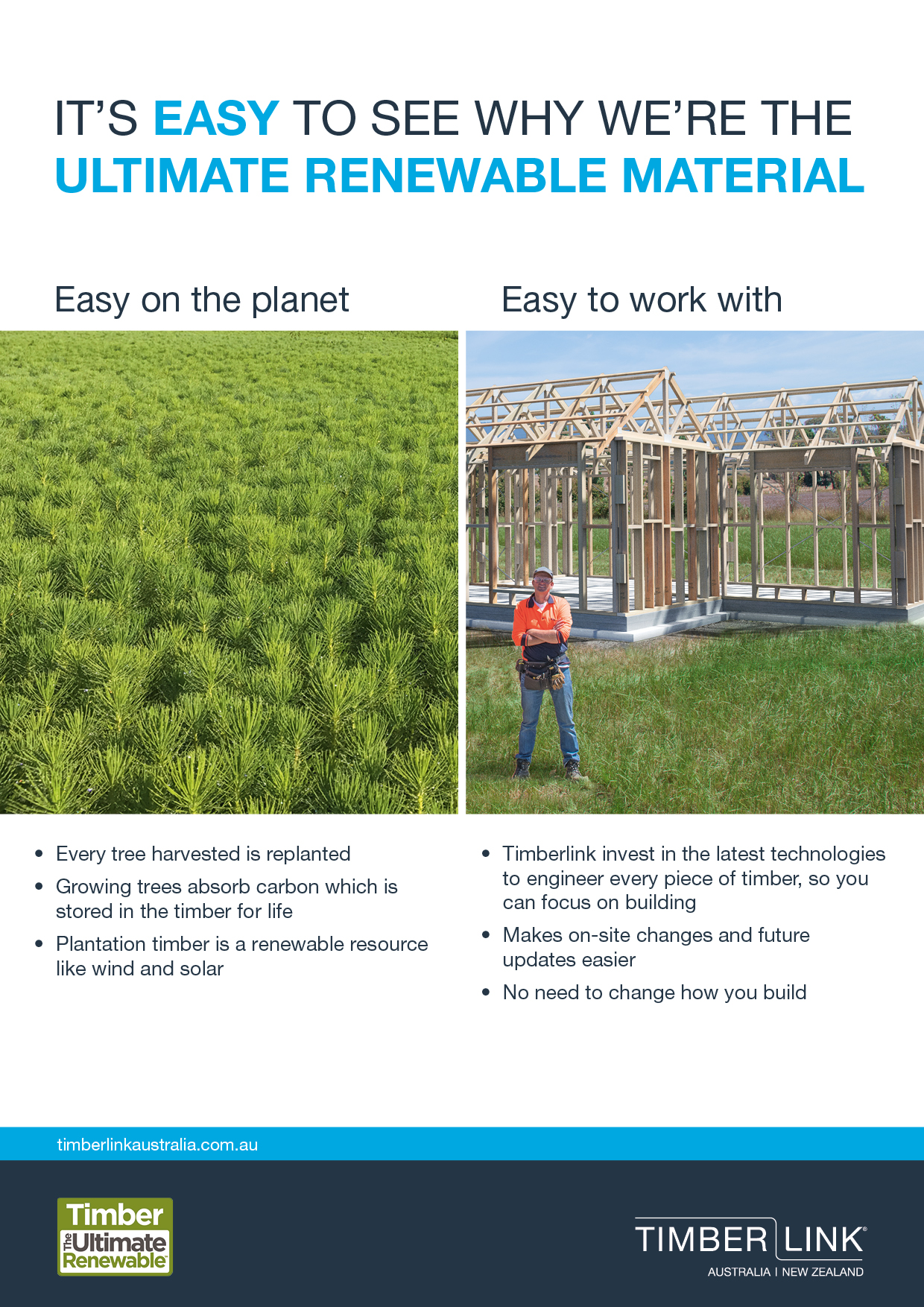 When confronting a threat such as climate change, there is no one answer. But a large increase in both the usage of timber products and the size of the forestry estate must be part of the conversation.

You might be thinking, so what if timber is renewable, we already use it on houses, how could it improve our overall carbon footprint? But new technological advancements have led timber to be labelled as “the construction material of the 21st century”. Timber framing can now be used on buildings of up to 15 stories, and the rise of CLT and LVL is giving a new aesthetic appeal to mass timber construction. All around the globe new multi-story timber buildings are being constructed, including here in Australia.

That is why The Ultimate Renewable campaign is so important. To ensure the public is informed on just how amazing a product timber really is. They can then factor this into their purchasing habits, decreasing their own building’s carbon footprint as well as putting pressure on producers and suppliers to use the product more.

Timberlink is proud to have been involved from the conception of The Ultimate Renewable campaign, from the market research project to the content of the final advert.

We hope that the whole community in Tasmania can get united and get behind this message. Plantation timber can also be a huge job creator in this state, so tell your friends and family – Wood is The Ultimate Renewable!

<< Previous Article
Back to Blog
Next Article >>